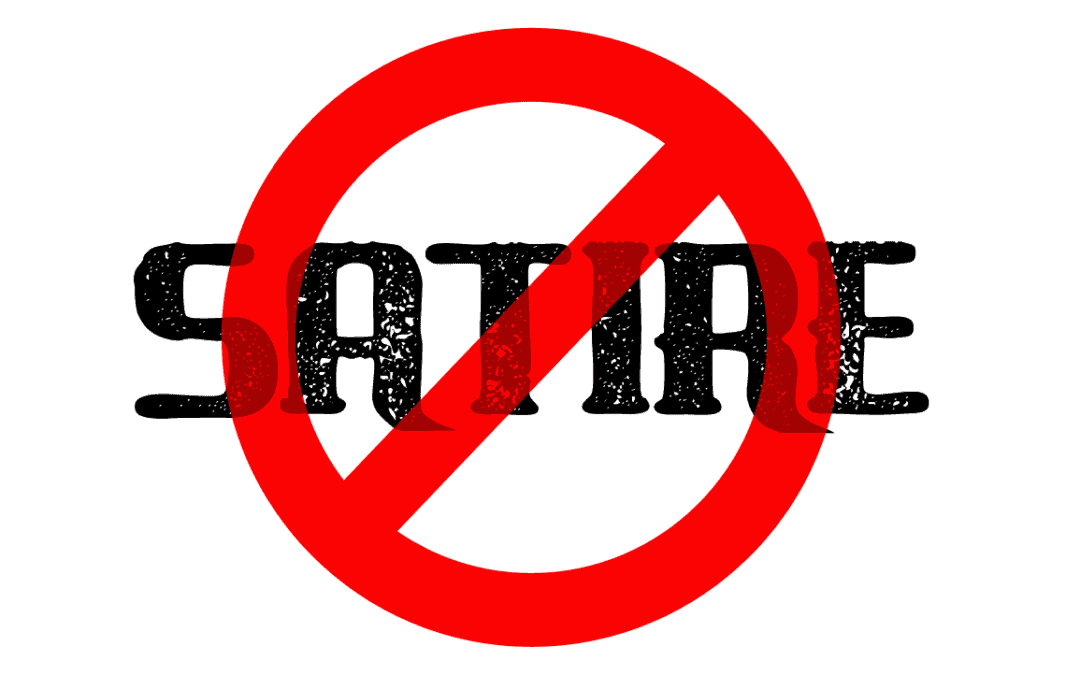 The Satire That Wasn’t – A Response to Joe Mathews

On January 13th the VC Star published an editorial by Joe Mathews, co-president of the Global Forum on Modern Direct Democracy and a writer of the Connecting California column of Zócalo Public Square that’s created something of a firestorm of response.[1]

Reading the first lines of the opening paragraph, I assumed it was satire worthy of the best of The Onion or Babylon Bee. By the second paragraph, I began to doubt my initial impression. The third made it clear I was reading the sincerely held beliefs of a person holding a worldview utterly alien to anyone I know, but likely shared by some I don’t.

Mr. Mathews envisions a society so de-humanizing it beggars description. Yet he thinks his proposal is eminently reasonable and laudable. It can only be because of a skewed idea of what it means to BE human.

Since his first name is “Joe” that’s how I will refer to him.

Joe begins with, “If California is ever going to achieve true equity, the state must require parents to give away their children. Today’s Californians often hold up equity — the goal of a just society completely free from bias — as our greatest value.”

Joe’s essay makes clear he’s an intelligent and erudite individual. He knows what he believes and appears to believe what he knows. He states his views succinctly. I won’t attempt to parse his motives but will parse his words. Pay careful attention to them.

Equity, as defined by the Progressive Left, of which Joe is an obvious advocate, is not Equality. The goal of Equality is to present equal opportunity to all, regardless of class, race, ethnicity, etc. It’s what the leaders of Equality in the ’60s like Martin Luther King Jr. worked for. Equality aimed to fulfill the promise of Lady Justice, who holds the scales of justice while wearing a blindfold. Equality’s view of justice is that it ought to be no respecter of persons. Equity is a different animal. While Equality aims at equal opportunity, Equity’s aim is at equal outcomes. In pursuit of those outcomes, the State must be put in charge of the distribution of goods and services. Instead of individuals working for themselves, they produce for the State which then disperses to all an equal share. Equity should sound familiar. It’s what we all learned about in high school as the utopia envisioned by Karl Marx, attempted by Lenin, ram-rodded by Stalin, then when after seventy years it proved a disaster, dismantled by Gorbachev and Yeltsin.

The pursuit of equity by California’s governor and legislators is precisely why so many are fleeing the State. There are now more equity-advocates in California only as a ratio to Equity-opponents because those opponents are moving to states where equity is eschewed.

Joe says for equity to be installed, the state “must require parents to give away their children.”  Note carefully the words. The State MUST require,” it. That’s called legislation, a law.

I’m a parent of three. A large number of the people I know are parents. This I can say with all confidence. Pass all the laws you want – We are NEVER going to give away our children to another, and most especially some State-run facility. Never-Ever!

I can only assume Joe doesn’t have any children, or if he does, lacks the normal human bond having children produces. Or, maybe Joe is so committed to a Progressivist ideology he has become an ideologue. History makes clear, ideologues ought not to be in charge or making policy. I submit Hitler, Stalin, Tojo, Mao, Pol Pot as examples. These people are responsible for more death in one century than the rest of combined history.

Joe says his proposal is for a “just society.” Equity intentionally installs injustice since it detaches responsibility from individuals. Equity is not concerned with what a person does, only with what they receive.

Joe seeks support for his proposal of turning children over to the State by quoting Plato, that august Greek philosopher of yore who advocated that very thing. Plato also justified slavery with the contention that it was obvious there were different classes of men. We regarded slaves merely as “living tools.” Plato also based a large part of his philosophy that the material realm was inherently and unalterably evil, while the spiritual realm of ideas was in a like manner inherently good. The Platonic view of reality held sway for hundreds of years, stalling scientific progress.

Plato was horribly wrong about both slaves and the nature of reality. He can add his views on parenting to that list as well.

A well-worn cliché states that those who fail to learn the lessons of history are doomed to repeat them. Joe’s dream of an Equity Utopia has blinded him to the sad story of Sparta, a Greek city-state that already tried his proposal of state-control of child-rearing. Children were judged at birth as worthy of carrying forward the militaristic values of Sparta. If deemed helpful to the state, they were allowed to live, if not, they were killed off. Girls were evaluated on their potential to produce warriors. Boys were judged by their ability to wield a weapon. At the ripe age of seven, boys were removed from parental care to be raised by the state as soldiers in the Spartan war machine, which dominated the surrounding city-states in a brutal totalitarians regime that made their neighbors slaves so the men of Sparta could be free to make war and oppress even more.

Of course, Joe doesn’t want California to produce soldiers. Just troops promoting the Progressive ideology of Equity. What Joe fails to remember is that power corrupts and his ideological army will most certainly end up wielding actual weapons that kill.

Joe admits it. He says his solution is to make “raising your own children illegal.” Until legislation can be passed providing state-run facilities, he proposes that families voluntarily swap their children now. Rich families could trade their progeny with poor families. Homeowners could trade with the homeless. I’m confident you see why I assumed I was reading satire.

Joe must not have any children. Imagine that conversation . . .

“Dad, why are you packing my suitcase?”

“I’m sending you to live in the river bottom with a homeless family and they are sending their child to live here with us.”

“Nope. It will help bring equity to society.”

“But – I’m YOUR daughter. You’re MY dad. I don’t know them and they don’t know me. Aren’t you worried something will happen to me?”

“Oh, honey. I imagine something WILL happen to you. Living in the river bottom is dangerous. But this is an important step in achieving justice for all. I’m not exactly sure HOW it will achieve it, but I HOPE it will. You want that too, don’t you honey?”

“Dad, have you been taking your meds? Because this is insane!”

Joe wants to see a “policy of universal orphanhood” because it “aligns with powerful social trends.” Throughout history, genuinely just societies have regarded a proliferation of orphans, as a social blight, a plight to overcome, not promote. And just because something is a social trend doesn’t commend it as laudable. There was a “social trend” in Salem Massachusetts in the late 17th Century no one regards as praise-worthy.

Joe says his proposal “should be politically unifying, fitting hand-in-glove with the most cherished policies of progressives and Trumpians alike.” I seriously doubt his proposal is unifying for anyone other than hard-core ideologues. Neither the average Progressive nor Conservative is hip to the notion of nuking the essential human bond of parent and child.

Joe admits, “I don’t expect universal support for universal orphanhood.” He labels as “contrarian” those who object to his “rational proposal” of universal orphanhood, saying any objection must be purely “emotional.”  Such contrarians are simply wrong in their concept of what it means to be American and free. So, with a few clicks on his keyboard, Joe waves away thousands of years of human wisdom and experience. Because, you know, he’s beset by an intellectual malady common to Progressives known as Chronological Snobbery. Joe thinks he’s smarter than those who’ve gone before just because he lives now, in The People’s Republic of California, where equity is just a legislative act away.

So go ahead and pass your laws, Joe – then watch while California becomes the Soviet Union 2, your economy collapses further, your store shelves empty, your streets become a battlefield, and your cities become ghost towns.

[1] Column: California should abolish parenthood, in the name of equity (vcstar.com) 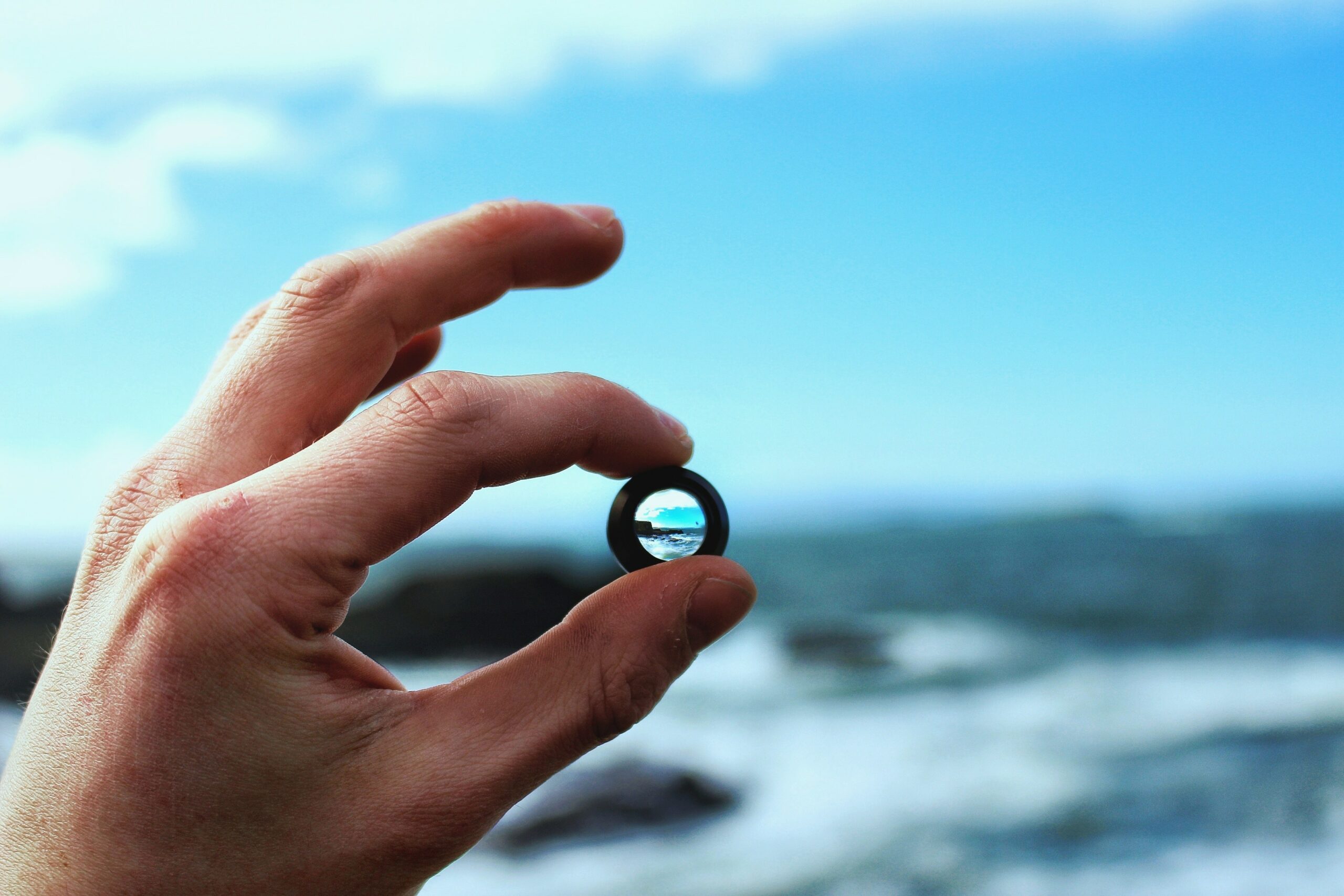 Hone 2: Steps to Defining Your Vision

The Steps to define your vision are . . .